Friends,
I will like to tell you, how by controlling the population alone, we can address most of the maladies that have besieged the world.
My emphasis for population control is not only socio-economic but also, global warming. Global warming has become a threat of sinking of thousands of low lying islands around the world. It is a frightening phenomenon and has made global warming a very serious issue, related to population.

Surging population also calls for more land for living, causing denuding of forests, shrinking of usable land, consequently more global warming and so forth, trapping us into a vicious circle. It is worrying that wild animals because of shrinking forests and consequently paucity of food, have begun entering the urban areas in search of food and many of them get lynched by the local people.

It is therefore imperative, that we exercise strict population control as discussed in my book. It is a harsh truth that pollution caused by human beings, animals and other creatures, directly or indirectly, is the greatest cause of air pollution and global warming. Control over population shall reduce their daily necessities and satisfy people’s ever rising needs within the available resources. Consequently, it will also mitigate human suffering and their agitations.

Population control is a single point solution that can abate unrests and other conflicts, playing impediments, in maintaining world peace and tranquility.

Control over world population by itself may impede global warming
to a very great extent so also abate universal unrest.

UN to Save the Humanity

Rising population, its ambitions and constricting means, lead to disgruntled societies, germinating into unrest, intolerance, and terrorism, sometimes conflicts and wars between nations.

Unmindful rise in population is a cause of depleting environment too, and a great threat to enhance the global warming.

These global maladies and conflicts are gradually getting invincible and sometimes, beyond human efforts to resolve. It cautionsUnited Nations (UN) to be assertive, to address them on priority, involving member countries to jointly and efficaciously address these menaces for global peace andharmony; also providing solace to the unhappy peopleand developing‘happy societies’ for them. 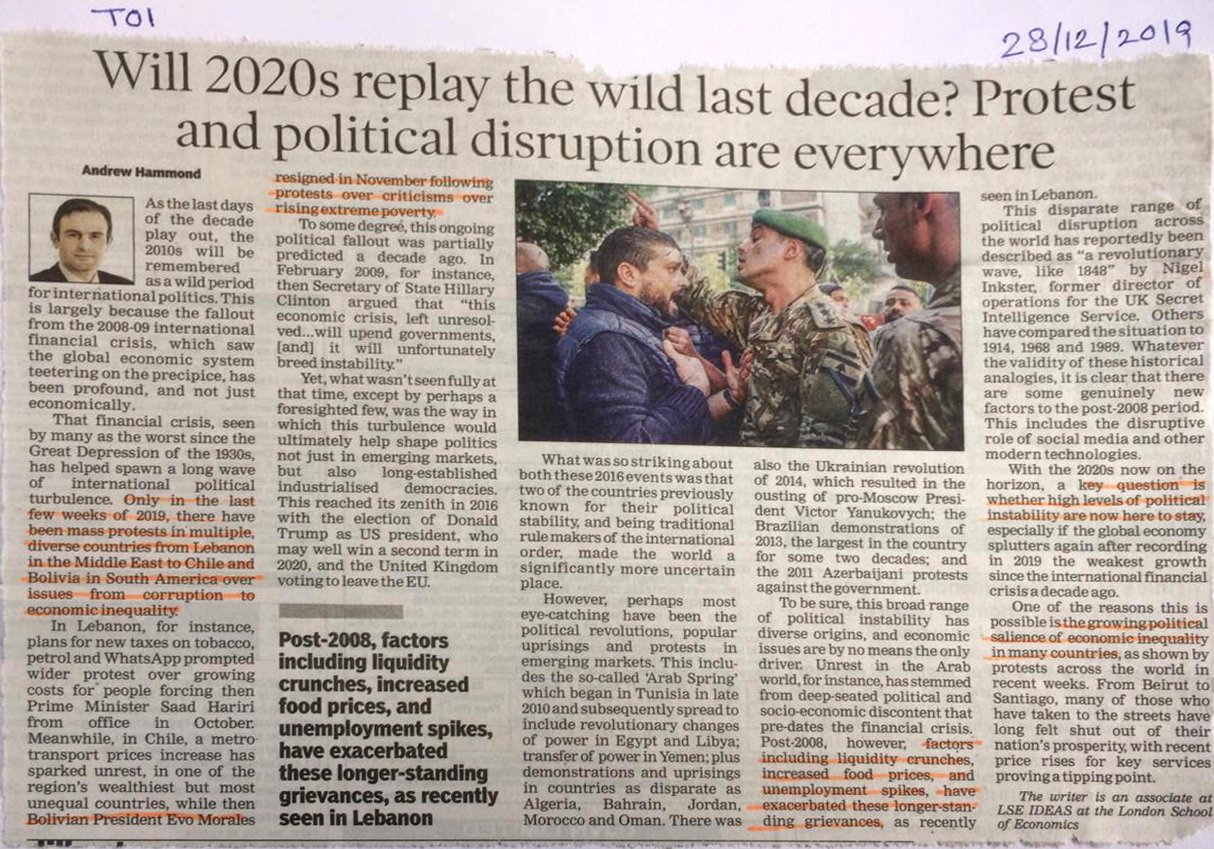 Tangible measures to address social maladies and abate global warming
1. Foremost is, constructive and assertive role of UN, to provide solace to the disgruntled societies, by getting their ‘Human Rights’ fulfilled. This can be accomplished, by directing the erring nations, to implement the UN Treatises and other International Laws faithfully, that the member countries have long pledged to honor, and upkeep peoples’ ‘Human Rights’. UN is required to play a stricter role to ensure that all their (UN) treatises and laws, are in reality accomplished by the member countries. UN plays the role of an international Judiciary and a ‘third eye’ (through their international treatises and laws), over the performance of the member countries,to comply with the ‘human rights’ obligations for their people. For more on ‘human rights’ and UN treatises, please refer(# “India in Chaos, only Judiciary can Save”http://www.indiainchaos.com/) Also see the above Article on, ‘disgruntled societies’, by Andrew Hammond (an associate at LSE IDEAS at the London School of Economics) TOI, 28/12/2019.

2. Abate the voraciously rising population within the resilience of the mother earth,to preserve the shrinking means and resources (even land) for the posterity and to also contain global warming.

I will emphatically submit that, ‘voraciously rising global population is the greatest (indirect) cause of global warming.’
UNLESS ‘POPULATION IS CONTROLLED’, ‘GLOBAL WARMING’ CANNOT BE CONTROLLED!

Rising human beings generate more garbage and discharge more sewage, to be treated and disposed of, on daily basis, and that may not be probable to do scientifically, by many countries.

Human efforts may remain inadequate, to contain the excessive emissions of greenhouse gases around the world.The green power through solar and wind energy, hydro power or other means may fall too short, to meet the total power needs, without supplementing them with the thermal power. And thus, the fury of global warming, leading to frightening rise in melting of icebergs and glaciers, colossal denuding of Himalayas and so on, while the rising seas will keep displacing the coastal habitations, farming and industries, even inhabited islands. All this causes, untimely and unexpected devastating storms, torrential rains and unimaginable floods, freezing cold and consequent loss of lives and displacement of families. This will be getting invincible and frightening with time, and all human efforts may fall in adequate to tame the same.

Nations not having adequate resources, or unable to create them, may neither be able to satisfy their people,nor contribute efficaciously, in abating the depleting environment, or rising global warming.

Global warming is therefore, rising unabated. Earlier we realize this truth, the better for the mankind. It reminds me the Hollywood movie, ‘The Day after Tomorrow’. It is apparent too, first depletion of environment and thinning of ozone layer, permitting destructive ultraviolet radiation to penetrate the earth surface, leading to global warming and melting of snow, then storms and torrential rains and floods, freezing temperatures and so on, gradually leading to drying of water bodies (due to gradual denuding of icebergs and glaciers), and then, shortage of water and rising of atmospheric temperature and so on. The rest is one’s imagination.

Since no amount of human efforts, are bringing any tangiblerelief from the yawning mouth of global warming, it may one day swallow the mankind. We indeed, are playing oblivious to the real causes of depleting environment and global warming. Only treating the symptoms, rather than curing the disease, may be catastrophic.

Summary:
Solution to all maladies and conflicts, as narrated above, call for a meticulous control over population to a safe level. Not one child or two child norm that may simply be whimsical, having no scientific basis. It demands for scientific approach, before arriving at a realistic remedy. My book, ‘India in Chaos, only Judiciary can save’, discusses vividly, how we can determine a realistic level of population and achieve the same. http://www.indiainchaos.com/)

Rising sickness
Depleting environment and thinning of ozone layer,permit the ultra-violet radiation penetrate the atmospheric barriers and reach the earth surface.Ultra-violet rays are very dangerous for human body, causing cancer, skin and many other diseases. The rate at which these diseases are proliferating universally, they have become agreat threatto the mankind, and developing into sickening of societies around the world.

Urgent Necessity:
We need to reduce global population and preserve resources, provided by the mother earth, for the present and the posterity.
This will,not only make disgruntled people happy,
But also abate global warming.
UN role is vital to achieve this goal.

Let us stop proliferation of population, to tame atmospheric pollution and retain a healthy ozone layer, to abate the global warming.

Important:
Enhancing jungle areas and planting more trees, to absorb excessive carbon emissions (green house gases), may not be adequate, to abate global warming in the long term, due to consistently rising population and their ever rising needs, more space for living and more power demands for daily needs, as narrated above. All this may play oxymoron to human efforts.

Paris Agreement
Paris Agreement on global warming endeavors, to limit the global temperature rise to 1.5°C by the turn of the century, 2100. It says nothing after 2100.
Further temperature rise may render many parts of the world unlivable.
Tropical countries, like India, already endure a temperature up to 48 – 50 °C during summer. In dry and desert areas, it may reach beyond human endurance.
For tropical countries, a temperature rise of even 1.5°C, may render the dry and desert areas, uninhabitable.
The flora and fauna may vanish. It may defy, the UNESCO declaration on Responsibilities of the Present Generation towards the Future Generations
(# Human rights – Future generations: http:/en.wikipedia.org/wiki/ Human rights).

With conventional measures to abate global warming, we may watch with concern, what races faster-
Abatement of global warming,
OR
The voraciously rising population negating the same.