India’s journey of 72 years of Independence

AN OVER-VIEW OF INDIA

Think India and the image that immediately flashes the mind is that of chaos and poverty, with a few odd economic success stories shining like tinsels on tattered rags. “The regressive and continually deteriorating plight of our large populace is no secret. About 116 crore of India’s population exists under highly impoverished and wretched conditions. Forty percent of our country is infected with Maoism, Naxalism, terrorism and seditious activism. People from all walks of lives are disgruntled and frustrated. Protests and movements are now a regular feature in our country.

Consistent shortage of water and frequent breakdowns of power, creaking infrastructure, lack of job opportunities, galloping inflation, dwindling value of the rupee and dangerously depleting environment present a nightmarish scenario of our nation which haunts the common man. 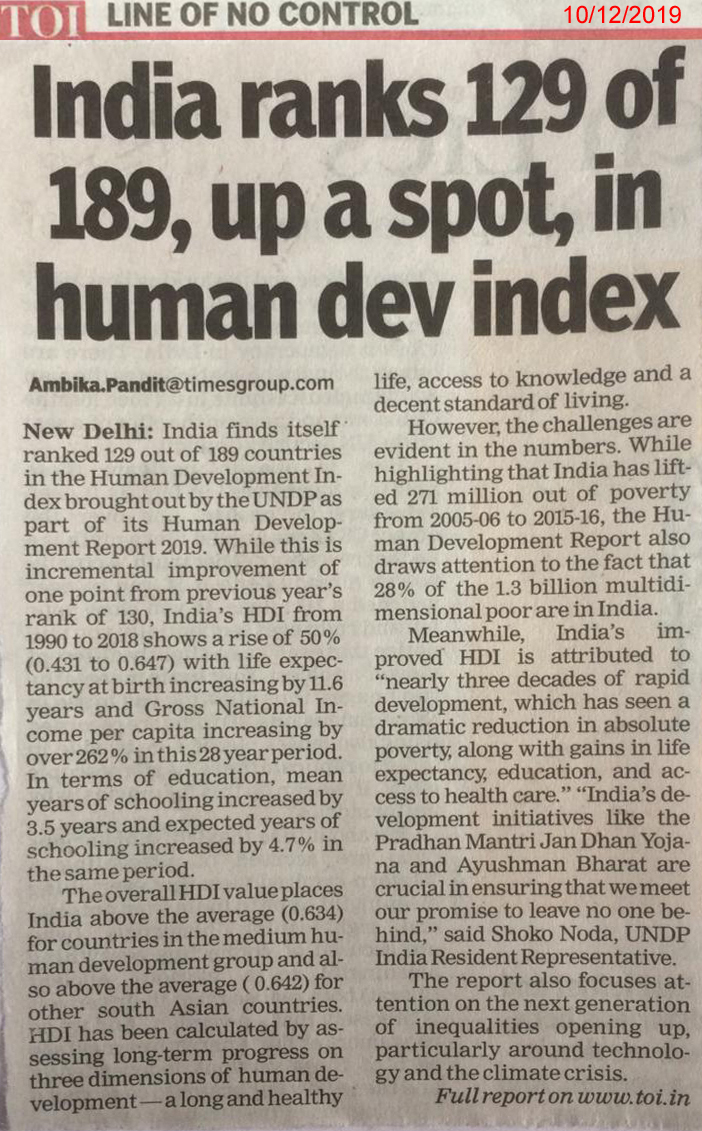 Consistent failures of our Legislature and Executive
are no longer acceptable”!

All these issues relate to the fundamental and inalienable socio-economic requirements of a nation. As they remain highly dilapidated they are tantamount to gross human rights violations (HRV’s). All HRV’s are defiance of the basic law (fundamental rights and socio-economic requirements) and are justiciable in a court of law and fall within the purview of the Judiciary to redress. United Nations’ charter and various, treatises and human rights protections, promulgated from time to time, also make these submissions justiciable (Section 4.1 (p. 121 of the book)). These requirements of our people are enumerated under Fundamental Rights, Part III and economic and social objectives, PART IV of our Constitution.

Perennial relief operations by successive governments to artificially salvage the situation have proved a failure. Such relief operations are human rights violations and cannot be a long-term solution for perennial predicaments (Section 1.3 (p. 34)). In our case our guardians have played havoc with the very people they were supposed to protect.

The rights of the people of India are protected by our Constitution and also the charter and various treaties of the United Nations (UN) such as the Universal Declaration of Human Rights (UDHR, 1948). The fulfilment of basic objectives as defined in the Constitution, namely economic freedom, dignity, equality of status, opportunity, and fraternity are our fundamental rights. Since they remain grossly unfulfilled by our guardians (the Legislature and the Executive), the onus now shifts to our third most responsible guardian, the Judiciary, to discharge these obligations by establishing responsible and accountable system of governances at the Union and States as prayed. The Judiciary is within its Constitutional bounds to do so. Today the number of the impoverished alone has risen to more than 116 crore which is more than three times that of India’s population at the time of Independence (33–34 crore, Section 2.1 (p. 38)).

Citation
Mr M. Ananthasayanam Ayyangar, member of the Constituent Assembly of India, during a debate described Article 32 thus: The elected Executive, which comes into being for the time-being, is apt to abuse its powers, and therefore the Supreme Court must be there, strong and untrammelled by the day-to-day passions which may bring a set of people into power and also throw them out in a very short time. Therefore, the people’s rights must be carefully watched and for this purpose the Supreme Court has been vested with the supreme ultimate, jurisdiction”. (Source: Discussion on 9 December, 1949 in the Constituent Assembly of India “on the scheme, object and enactment of Article 32 of the Constitution”).

Those who believe in the ‘Parliamentary Sovereignty’ rather than ‘Parliamentary Accountability’
neither know India’s Constitution nor want to honour it.

The present PIL aims to halt the consistent regression of the nation and to heal the heart-rending pathetic conditions of its perennially suffering debilitated masses. The former Chief Justice of India, Mr K.G. Balakrishnan, statement in this respect has enormous relevance (clippings 1 and 2): of the book

that the basic function of the Judiciary is to protect the rights of the people and all
its actions must be directed to further this responsibility.

The Honourable former Chief Justice of India further clarified that before criticising the court, which serves as the whip hand of the people towards any wrong done by the State, other organs of governance must also make sure that their conduct is exemplary to establish a “fiduciary relationship” so as to deserve the trust of the people. That in a democracy people are paramount and it is the inherent duty of the Executive, the Legislature and the Judiciary to perform meaningful roles in making the lives of the common man dignified and happy. (Also, see clipping 3.) of the book

- Clippings 62 tell the tale of consistent non-performance and little accountability of our governments and the consequent deteriorating plight of the nation. The woes of regression have pressed cruelly upon the debilitated people of our country. A glimpse of the present Indian economic scenario is briefly narrated below:

- The power scenario too is gravely depressing. Shortages, load shedding and frequent outages are regular features, crippling industries and businesses, making people’s lives miserable. It is despite the claim of surplus power by the Power Minister, Mr Piyush Goyal (2015-16). The ageing, creaking and long outdated sub-stations and distribution network in the country too need a total overhaul without which even if power is available it may not reach the consumer. Losses of State Electricity Boards (SEBs) alone stood at ` 70,000 crore in 2010 and were forecasted to rise more than ` 1.0 lac crore by 2014 (India Today, 13 June, 2011). The total accumulated losses of SEBs stood at ` 2.5 lac crore (source: Shunglu Panel, January 2012 and Financial Express 25 February, 2012). By 2013 losses rose to ` 2.9 lac crore and debts over ` 3.5 lac crore (World Bank). The biggest losers are SEB’s, the Distribution Companies and the Banks who loaned them. With the lack of concerted efforts situation is getting grimmer with the passage of time (clipping 70A). A great factor of losses is government unmindful subsidies and free electricity to the consumers. Banks and financial institutions are shying away from extending them further finances (clipping 70).

- The depletion of environment and quality of air in India has reached a dangerous level. US is alarmed and are concerned for the safety of their people. They have now decided to monitor our environmental pollution themselves and caution their citizens visiting India and protect their staff working in our country (Clipping 6). It is a blemish on us and is indicative of our incompetence in addressing this problem ourselves.

- Water shortage has assumed alarming proportions. Excessive use of groundwater has not only depleted our aquifers but also contaminated the water, making it unsafe for human consumption (Chapter 8.6 (p. 371)). At least 25 percent of our country is afflicted with this curse (clippings 71A, 71B, and 71C). Due to this in many parts of our country the entire population is born crippled for life and leads a pathetic, neglected, and woeful existence.

- And then one has to encounter mind-boggling and unmanageable traffic and mammoth crowds on roads and streets. One is stumped at times to answer the call of nature, or tackling emergencies. One may be baffled to imagine the future scenario!

The list above is just a vivid and brief narration of how our basic infrastructure is tottering, crumbling and eroding our resources, while scams and swindling are eating into our wealth. The overall Indian scenario is pathetic and depressing. Under-performance and huge losses of our infrastructural set-ups are causing an enormous national loss. Year-in and year-out extravagances on reliefs and subsidies are causing an immense dent in our economy and casting doubts on the prudence of such extravagances that go beyond our means.

All of the above are resulting in huge financial deficits and debts. The consequent inflation and spiralling prices are unnerving the common man. Our internal and external debts are galloping past safe limits and the nation by 2015 has reached under frightening debts (Section 2.3 and Table 2.3I (p. 40)). They also stand highest amongst the emerging economies in the world (clipping 39).

The rising level of poverty and anarchy, consistent shortage of water and electricity, creaking infrastructure, dangerously depleting environment, dwindling value of rupee and uncontrollable rising debts, galloping inflation, and rising cases of scams present a nightmarish state of affairs of our nation that torment and terrify the people of India.

This is surely not passing the test of time. It is a debacle of our hard-earned independence and the democracy so established! And therefore, I have the audacity to say that “India’s freedom is not yet free”.

We now realise that our guardians are not capable* of taking care of the affairs of the country. The purpose of my present PIL is to identify these causes of consistent fumbling of our governments and offer tangible recourse to prevent further dilapidation of the nation. 72 years is a huge period. Wisdom demands corrective steps to set all wrongs right and pull the nation out of wails and put on rails. We just need to have responsible and accountable system of governances at the Union and States and a steadfast Judiciary to play a conscientious third guardian to nip the Legislature’s and Executive’s Constitutional defiance/ failures right in the bud and for this purpose the Supreme Court has been vested with the supreme ultimate jurisdiction as noted under citation (p. 4).

* When nagging, and accusing each other becomes a political pastime,
“incumbencies” walk out of the door and
national interests become inconsequential!

I have therefore prayed the learned Judiciary to establish responsible and accountable system of governances at the Union and the States, halt the lax work culture of the governments and direct them to accomplish the fundamental and inalienable economic and social objectives of the Constitution (Part III and IV of the Constitution) in letter and spirit.

The implementation of the Constitution (which is a gospel truth for the wellbeing of the people) is now an urgent necessity on the part of the Judiciary to elude the building up people’s unrest. In Chapters (1,2,3), I have analysed the Causes responsible for germinating the present PIL.